Profile of a PIP: William Fitzpatrick 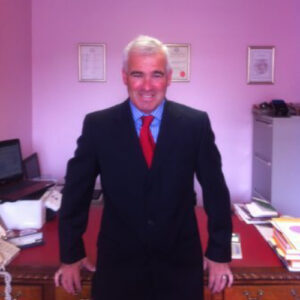 William Fitzpatrick is the principal personal insolvency practitioner at PIP Ltd. William has been in business since 1992 providing professional accounting services throughout Leinster.

What inspired you to become a Personal Insolvency Practitioner?

I have worked for 24 years in accounting practice and during the last few years I have been dismayed by the sheer numbers of people getting into difficulty repaying their debts after the property crash in 2008. My heart went out to all the people in crisis whose personal lives had been rocked to the core. I saw that these people tended to be hugely intimidated by their creditors and by the process banks enter into to seek repayment. I set up PIP Ltd to help those people. I knew that very often it is only a PIP that can keep a family in the family home (principal primary residence) despite their debt and wanted to be able to do that.

How did you become a Personal Insolvency Practitioner?

To become a PIP you must be authorised and registered with the Insolvency Service of Ireland. I fit one of the pre-requisites of becoming a PIP as I was already a qualified accountant. I also had to complete a course with the Insolvency Service of Ireland and pass an exam relating to insolvency law in Ireland. Other than the formal qualification I feel that it is the mutual respect that I have gained from both clients and financial institutions that has made me an effective personal insolvency practitioner.

What advice would you give someone who has debt problems?

My advice is to seek advice, whether it is through a PIP or a financial advisor or through an organisation like backontrack.ie.Â  Debt can be crippling and wreaks havoc on peoplesâ€™ lives. Often it can feel like it is spiralling out of control. If you start the process of looking for help it can offer great relief as it is the first step on the road to creating a solution for your debt.

What is the hardest part of being a PIP?

The most difficult part of being a PIP is seeing the effects of debt on an individual. Â It can cause huge amounts of worry and stress and has a massive effect on a personâ€™s mental health.

What is the best part of being a PIP?

The best part of being a PIP is letting clients know that a debt solution has been agreed upon. It is very often as though the weight of the world has been lifted off their shoulders. Banks are now writing off debt for the average person and one of our best results so far was getting a loan of â‚¬490,000 reduced to â‚¬170,000.

What do you like to do to unwind from the pressures of being a PIP?

I am a cyclist. Nothing like a long cycle to clear your head after a week in the courts or dealing with banks!