Here at PIP Ltd we are compiling a series of blog posts based on the most common questions we get asked about bankruptcy. Over the coming weeks we will be answering questions. We endeavor to break them down into 3 sections:

If you have any topics you would like us to include as a part of our series on bankruptcy email us at info@pipltd.ie and we will do our best to include them.

Who is the official assignee of bankruptcy?
Chris Lehane is the civil servant who serves as the Official Assignee in bankruptcy. He is a court appointed official who is put in charge of the property and assets of bankrupt individuals.

What does bankruptcy mean?
All assets are gone and all debts are gone, from the date of Adjudication.

How much debt do I need to have to go bankrupt?
An insolvent person needs to have over €20,000 debt both secured and unsecured

How much does it cost to declare bankruptcy?
Chris Lehane, on behalf of the Government charges €200 to open your case file and your intermediary, if you require one, will have their fees.

How long does it take to go bankrupt?
Bankruptcy can be done within six weeks via high court proceedings.

How long does bankruptcy last?
Bankruptcy lasts one year in Ireland. Before 2013 it was 12 years so it is now a very popular option.

How do I apply for bankruptcy?
Both MABS and the ISI recommends that anyone thinking of applying for bankruptcy seek legal advice. We advise you to talk to a Personal Insolvency Practitioner. We are experts and can guide you through this process making it as a stress free as possible. 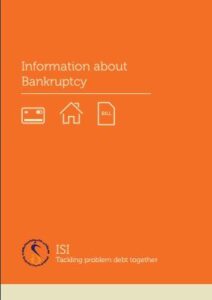 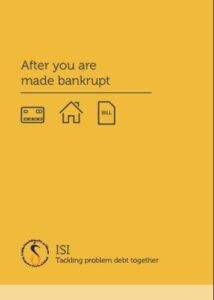